Successful Stars Who Made it Despite Rejection 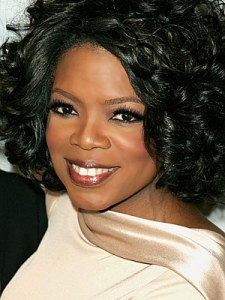 They were told they couldn’t make it or the world was not ready for their ideas. But they didn’t give up and they kept on pushing until they made it, big. The joke now lies in those who rejected them and are now wondering in the ‘what-if?’ Here are some of those notable successes:

One of the richest and most successful people in world, the queen of talk shows didn’t enjoy an easy life; from having an abusive childhood, to having her baby die shortly after birth, she has experienced it all. Adding insult to injury, she was rejected for the first news anchor position she applied for because she was African-American and overweight. Now, she has a net worth of $2.9Billion.

He threw his manuscript, Carrie, in the garbage because he was tired of the rejections. In fact, he gave up posting his rejection slips on the bulletin board above his computer once they were too thick for a pin. But his wife, Tabitha ‘Tabby’ King, fished it out and encouraged him to resubmit it, and the rest as they say is history. Now King is one of the bestselling authors of all time with his scripts converted to high grossing movies.

The author of Harry Potter (which was then made to a movie sequel, grossing $7.7billion), whose net worth as of 2013 was $1Billion, did not have an easy life. Her rise to riches was not an overnight experience.

Penniless, recently divorced, and raising a child on her own, she wrote the first Harry Potter book on an old manual typewriter. Add the fact that 12 publishers rejected the manuscript. However, one gave her the nod but suggested that she gets a part time job.

The established and seasoned filmmaker synonymous with massive movie budgets applied and was turned down two times at the prestigious University of Southern California film school. Instead, he went to Cal State University in Long Beach.

He went on to direct some of the biggest movie blockbusters in history. Now he’s worth $2.7 billion and in 1994, he got an honorary degree from the film school that rejected him twice.

The famous American author had a knack for writing bolstered by his legal expertise. However, his first book, Time to Kill, took three years to write. The book was rejected 28 times before getting the nod for 5,000 copies. He’s now sold more than 250 million copies of his books.

The prominent film director and veteran actor was told that he would never be a movie star because his Adam’s apple was too big. With a plethora of awards including Academy Award for Best Director on two separate, his illustrious career has spanned over 50 years, and he has starred in more than 60 movies; a feat that has been achieved by few.

Jay-Z was  rejected for recording deal. He is one of the wealthiest showbiz entrepreneurs with a net worth of $500Million.However, before the riches and during the multi Grammy award winner’s early musical career, no major music label gave him a recording a deal; something that resulted in him selling his CDs out of his car.

He is arguably the greatest basketball player of all times. But before his exposure to the pros, Jordan was kicked off his high school basketball team. This setback didn’t prevent the 6’6 foot tall from winning the NBA champion six times, Most Valuable Player (MVP) five times, NBA All Star Game MVP three times and All NBA First Team ten times among other recognitions.

It was rumoured that The Beatles were popular than Jesus Christ at one time in particular regions of the world. Taking into consideration their tours and widely loved hits of long gone. But what’s notable is that the group hadn’t an easy time.

Many record labels did not want to sign them. The rejections piled up in huge numbers and at an alarming rate. Heck a record label famously rejected them by saying, “we don’t like their music and guitar music is on the way out” The world indeed prove this label wrong.

This entry was posted in Art & Entertainment.

One thought on “Successful Stars Who Made it Despite Rejection”

Reblogged this on ambulivictor's Blog.